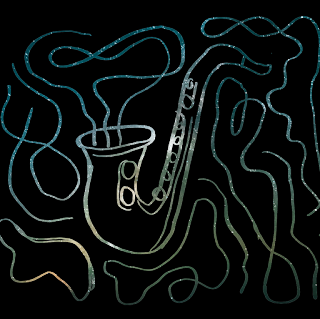 In April of 2020 I posted "Of Reed and Breath" which is an ambient sax mix. You can find that mix here:
http://lowlightmixes.blogspot.com/2020/04/of-reed-and-breath.html
https://www.mixcloud.com/lowlight/of-reed-and-breath/
When I created that one I wasn't sure how it would work. Turns out, ambient sax is a great theme to build a mix on. I've been planning on a follow up for a long time and it's finally here.

Since that first mix two years ago I have totally bought into wind instruments in ambient and modern composition music. That's why my fav album from last year was "Departures" by mastroKristo(who makes an appearance in this mix). From Clariloops to Sam Gendel to Dirk Serries to Andrew Heath, sax and other woodwinds have become a big part of my ambient listening habit.

All the tracks in this mix are excellent but I especially love the cut from Matt Borghi & Michael Teager and the cut from Dirk Serries. Perfect combo of sax and ambient. I also have to mention the final track Max Richter's On the Nature of Daylight by Signum Saxophone Quartet. That track is one of my favorites of all time so when I found a sax quartet cover of it I nearly lost my mind. Perfect way to end the mix.

Email ThisBlogThis!Share to TwitterShare to FacebookShare to Pinterest
Posted by Low Light Mixes at 10:13 AM 0 comments 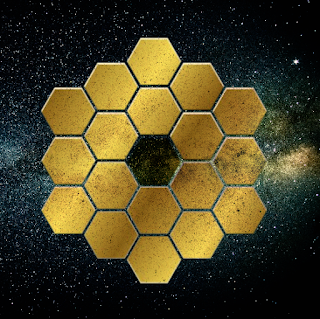 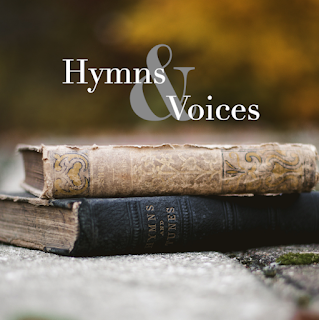 This is a great way to start off 2022. We have an excellent guest mix from Kevin, the man responsible for "Cello Mood Swings" and "Not Seeing a Flower" which you can find here...

For this mix Kevin collected a bunch of vocal and choral tracks & I mixed them together. Here's what he has to say about the mix:

"The idea came from listening to Jonsi and Alex - Boy 1904, I realized that quite a few ambient artists used the voice to create a type of auditory ambience. A few hymns have been added and a couple of more classical based choral works. These songs are not about words but the sounds of the voices and the emotions they provoke. They have been chosen for their haunting mournful beauty. I hope you enjoy them."

Thanks Kevin for an excellent collection of tracks! Cheers!

Email ThisBlogThis!Share to TwitterShare to FacebookShare to Pinterest
Posted by Low Light Mixes at 8:57 AM 2 comments 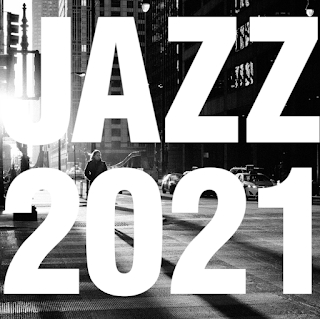 I don't do these year-end jazz mixes every year. Most of the time I'm just too lazy. I don't keep close track of what came out and what I liked. At some point this year I started tossing individual tracks into a playlist and that helped me remember what I enjoyed in 2021.

So here's my Jazz 2021 mix. It is by no means a "Best of" mix. It's merely a collection of jazz-ish tracks from albums I liked this year. And of course some of the tunes lean a bit toward ambient.

Email ThisBlogThis!Share to TwitterShare to FacebookShare to Pinterest
Posted by Low Light Mixes at 8:53 AM 0 comments 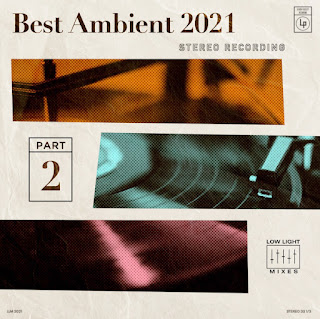 A few things I noticed from my year-end list - no berlin-school music, very little what I would call 'space' music, a fair amount of dusty, loop music like Maps & Diagrams or Tapes & Topographies, several guitar based albums like Dave Depper, Dave Nelson, SUSS, and Devendra Banhart, and lastly, a lot of modern classical/modern composition albums from Mastrokristo & Alapastel to Max Richter and Viktor Orri Árnason and Glåsbird.

That collection of favorites is nothing new for me. I've been a big fan of that dusty, noisy, loop-based style for a long time & as modern composition has grown over the years, so has my interest. Although, I may need to dive back into spacey, droney ambient like the stuff in the stargazing mixes.

I guess there's not much else to say for this post other than here is part 2 of my favorite ambient albums of 2021.

Email ThisBlogThis!Share to TwitterShare to FacebookShare to Pinterest
Posted by Low Light Mixes at 2:05 PM 0 comments 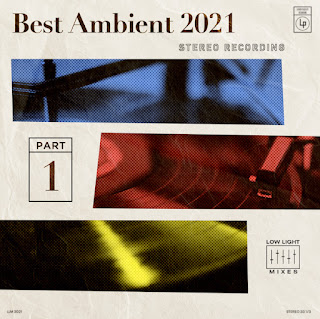 These year-end lists seem to be getting harder and harder to curate. The sheer number of releases makes it nearly impossible to keep up and listen to all the music. Through Spotify and Bandcamp most of this music is available immediately, which is great, but it can also foster a severe case of FOMO, fear of missing out. Whether it's ambient music or indie rock/pop I am on a constant prowl for new music, sometimes at the disservice of current music which I have not given time to sink in.

A list like this is obviously not a definitive "Best of" list. These are just some of my favorites from this year. Sometimes an album happens to catch me in the right mood, in the right place and it hits home. Is it better than all the other releases? Maybe. But all I know is it caught my ear at the right time, I latched on, listened, and it became one of my favorites.

I made the list with a top 5 and then listed everything else alphabetically. It's way too hard to say this one is #14 while that one is #22. That being said I totally loved the top 3 on this list.

That's too much for one mix so I'll post part 1 and part 2. I also plan on doing a mix of favorite jazz-ish tracks from this year. I have a list of several non-ambient instrumental/jazz releases that I really liked so I'll post the list and a mix of fav tracks.

But first, my favorite ambient music, part one. Enjoy.

Email ThisBlogThis!Share to TwitterShare to FacebookShare to Pinterest
Posted by Low Light Mixes at 11:45 AM 0 comments