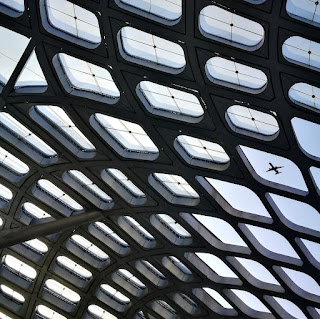 Eight years ago I did a mix with covers of Eno tunes - UNDER ENO'S COVERS
Since then I've collected a few more that I was planning to use for a follow up. I found the most covered Eno album is Music for Airports. So I decided to recreate the album with covers. Hence the title of the mix - Music for Covered airports.
The tracks follow the same order as the original album - 1/1, 2/1, 1/2, 2/2. I made the first track with two covers because each was relatively short so I just combined them into one.
I found a great cover of Airports by Psychic Temple but it's a very loose version. One can hear parts of 1/1 in it, but like I said it's very loose and improvisational. It didn't really fit with the flow of recreating the album so I tacked it onto the end. It actually seems like a nice way to end this experiment.
Some of the covers came from YouTube and haven't been formally released.
Cheers!
[ s t r e a m ]    [ d o w n l o a d ]    [ i t u n e s ]
T R A C K L I S T :
Email ThisBlogThis!Share to TwitterShare to FacebookShare to Pinterest
Posted by Low Light Mixes at 8:35 AM 0 comments 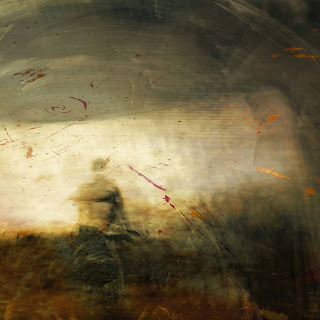 This mix started with one album - Goats & Distortions 5 by Dictaphone. It's one of my 2021 favorites. I began a new mix project with one song from that album as the starter, not knowing where it would go but the vibe was off-kilter. Then I heard a new album on Lost Tribe Sound, Departures by mastroKristo, and I knew where the mix would go.

This mix features a lot of wind instruments, although I'm not sure exactly what any of them are - clarinet, sax, soprano sax, oboe? A lot of the tracks are a bit askew, this is not smooth jazz. The music is atmospheric, moody, odd but the tracks all work perfectly together.

All the music is from 2021 and a few tracks are from some of my favorite albums of the year. I've already mentioned Dictaphone - Goats & Distortions 5. Another fav is Pino Palladino & Blake Mills - Notes with Attachments. And then there are two albums from Lost Tribe Sound that haven't been released yet but they will both be on my year-end favorites list. They are mastroKristo - Departures and Alapastel - Ceremony. They are both part of Lost Tribe Sound's Salt & Gravity series, which is fantastic.

Here's what LTS says about the series - "The Salt and Gravity Series is by far our most classical / ambient / drone adjacent collection yet. This series showcases some the most texturally pungent music we've ever released. A life long fascination with low end, blurred, battered and subterranean type sound has led us to this point... sound that you can feel rumbling up through the earth... the good stuff that makes your whole body hum versus just rattling around inside your head."

Go here to check it out... https://losttribesound.bandcamp.com/album/salt-and-gravity-series

Links to all the albums in this mix:

Email ThisBlogThis!Share to TwitterShare to FacebookShare to Pinterest
Posted by Low Light Mixes at 9:36 AM 0 comments 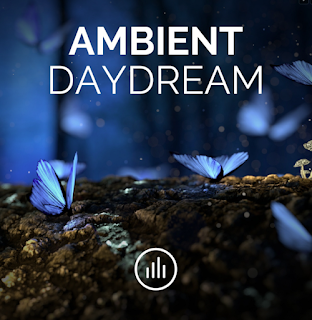 I don't often promote other mixes here but this one is special. It combines the talents of Peter van Cooten of Ambientblog.net and Stéphane Pigeon, creator of myNoise.net. Like the old tagline for Reese's Peanut Butter Cups, "Two Great Tastes that Taste Great Together," this mix is "Two Great Sounds that Sound Great Together."

This mix is different from most Ambientblog.net mixes, since all sounds come from one single source - the sound generators/music at myNoise.net.

Peter & Stéphane talk about the mix here... https://www.ambientblog.net/blog/2021-09/ambientdaydream-mix/  You can also download the mix there and check out the tracklist.

Here is a link to the mix over at Mixcloud...  https://www.mixcloud.com/ambientblog/ambient-daydream/

And here is the link to myNoise... https://mynoise.net/

Email ThisBlogThis!Share to TwitterShare to FacebookShare to Pinterest
Posted by Low Light Mixes at 7:05 PM 0 comments 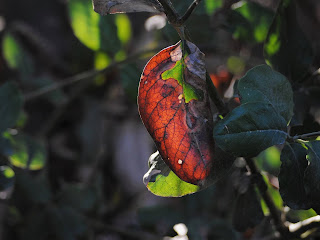 Autumn seems perfectly suited to ambient music, especially ambient with a tinge of melancholy. I was thinking about doing an fall-themed mix when Paul approached me with his fully curated mix for autumn. Perfect!

Here's what Paul says about this mix:

“Dedicating this one to my sister, Miriam Walter, professor of nursing at Chico State University in Northern California. Her birthday is today, September 19th.

This turned out to be mostly guitar and piano, although I always (and still) intended it to be a going-to-sleep mix. Like most of my playlists for LLM, it starts out moderately slow and gets progressively slower and quieter. Just a bunch of beautiful tunes, with a touch of melancholy that I always associate with fall, and surrendering into tranquility.”

Slow Road - The Endless Potential of the Pedal Steel Guitar 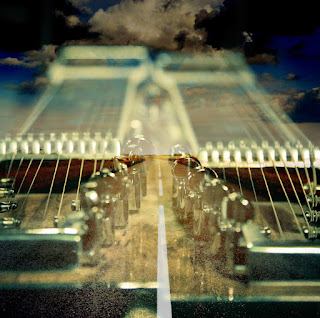 This mix is pretty much what the title says - a collection of quiet/ambient tracks featuring the beautiful sounds of the pedal steel guitar.

I did another pedal steel mix two years and since then it seems to be easier to find practitioners of the ambient steel guitar sound. Only one artist, Chuck Johnson, is repeated from that mix in this one. Here's the first mix:  http://lowlightmixes.blogspot.com/2019/09/ambient-twang.html

All that's left to say is go relax with some steel guitar & maybe a good bourbon around a campfire.

Email ThisBlogThis!Share to TwitterShare to FacebookShare to Pinterest
Posted by Low Light Mixes at 8:17 AM 2 comments 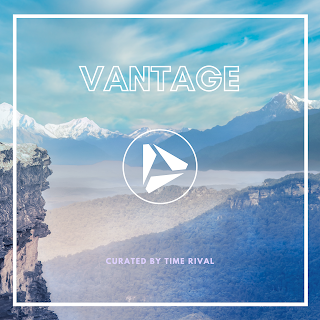 I love guest mixes because they expose me to tracks I might have otherwise missed in the monthly deluge of new releases. This new mix comes to us from Michael Southard(Time Rival) of Triplicate Records. I've included a few Time Rival tracks in mixes over the years so I was excited when Michael agreed to put together a mix of some of the best his label has to offer.

Here's a blurb from Michael about this guest mix:

Triplicate Records is an artist run independent record label founded in 2018 by Michael Southard (Time Rival), Bryan Kraft (BVSMV), and George Ernst (Suncastle).  We cover a lot of ground in regard to genres, but mostly stick to electronica, ambient and experimental.  “Vantage” is a collection of music from our back catalog that highlights the softer side of what we do.  Mixed and curated by Time Rival and featuring phenomenal new music from Ian Hawgood, Belly Full of Stars, Chris Randall, and much more.

All of this music is available through our Bandcamp page:  https://triplicaterecords.bandcamp.com/

Thanks for an excellent set!

Triplicate has also made a small run painted CD - R version of the mix available at their bandcamp page... https://triplicaterecords.bandcamp.com/merch/vantage-limited-edition-painted-cd-r

Email ThisBlogThis!Share to TwitterShare to FacebookShare to Pinterest
Posted by Low Light Mixes at 8:17 AM 0 comments 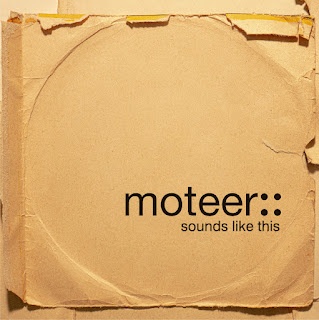 I recently stumbled upon a post or tweet that mentioned Moteer, a UK record label active in the 2000s. I was like - oh man, I have listened to that stuff in a while, time to give some a spin. It was fun going back into that world of clicks, loops, vinyl records pops, and glitchy ambience. So I decided to make a mix.

Moteer released music from 2003 to 2011. It was run by Andrew Johnson and Craig Tattersall, who record as The Remote Viewer. The label specialized in, as Harry Towell, founder of Whitelabrecs records, put it -  "lo-fi folk and glitchy, electro-acoustic goodness." They don't even have a website anymore to link to so you're on your own in tracking down some of the releases.

This set starts at the beginning with the first Moteer release, Commercial Body Fittings by Clickits. And it continues chronologically to the last release, On Fell. In between we get music from The Boats, Part Timer, El Fog, Need More Sources, Tokyo Bloodworm and more.

Sit back and enjoy this little journey back to the 2000s for some off-kilter, clicky, twinkling ambience.

Email ThisBlogThis!Share to TwitterShare to FacebookShare to Pinterest
Posted by Low Light Mixes at 9:46 AM 2 comments 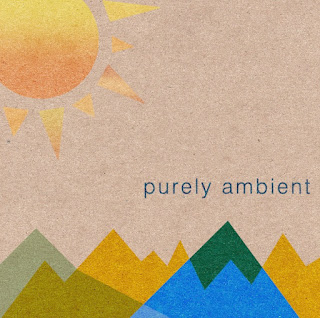 Last year at this time I did a mix called "simply ambient" which was a nice, straightforward mix of ambient tracks. This mix is a sort of follow up titled "purely ambient." There is no theme, no story being told by the music, no big concepts. Just ambient music, pure and simple.

This might be the start of a series of mixes - utterly ambient, perfectly ambient, naturally ambient, totally ambient, etc. This would be allow me to get some of the tons of new music that I listen to every month into mixes without having to wait for an appropriate theme. Every track in this mix is from 2021.

So kick back and relax to some purely ambient music.

Email ThisBlogThis!Share to TwitterShare to FacebookShare to Pinterest
Posted by Low Light Mixes at 10:04 AM 0 comments 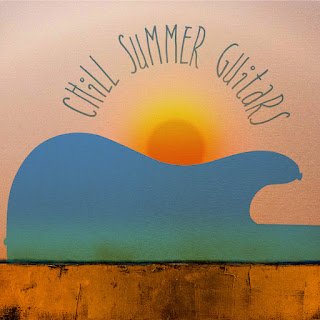 I few weeks ago the good folks over at The Slow Music Movement sent me a couple tracks by Wiki Chaves. After listening I immediately knew I had to construct a mix around the laid back guitar style. A style The Slow Music Movement calls - "Perfect for all your beach lying, garden barbecuing, hammock slouching, sunbathing, holiday taking soundtrack needs."

Here's a link to the latest Wiki Chaves release: https://wikichaves.bandcamp.com/

From there I listened to guitar music for a couple of weeks, collecting tracks with a similar vibe. There were some artists I knew right away that I would include like Khruangbin, Bill Frisell & William Tyler. Some were new discoveries like Tommy Guerrero & Jeffrey Silverstein. While others were older tracks I was happy to rediscover such as Steve Hiett, Pat Metheny, Durutti Column and Yo La Tengo.

I like how the mix takes a more acoustic turn about half way through. Starting with new music from The Phonometrician then an old track from Calexico to even older tracks from Charlie Haden & Pat Metheny and Yo La Tengo.

Many of the mixes I do tend to focus on new music because that's what I'm listening to at the time. This mix, however, hits on 5 decades of music and it's pretty cool how they mesh together.

Email ThisBlogThis!Share to TwitterShare to FacebookShare to Pinterest
Posted by Low Light Mixes at 10:02 AM 0 comments 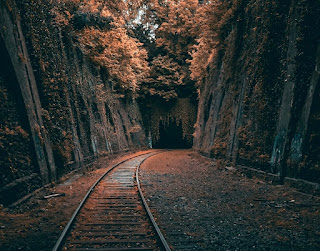 "Then he leaves the platform/For the sleeping car that's warm
You realize, he's only advertising one more shelter
And it comes to you, he never was a stranger"
- Leonard Cohen, "The Stranger Song"
I have been lucky to have a bunch of excellent guest mixes this year. After this one there are 2 more coming soon. But let's talk about this one first. This is another great collection from the mind of Paul Asbury Seaman. It's appropriate that "Mystical" is in the title as his mixes generally are more "mystical" than the ones I crank out. Which is why Paul's mixes are always a breath of fresh air for me.
Here's what Paul says about this set:
“In ancient times, the meaning of  “astrology” and “astronomy” was almost synonymous. Today we view space as a metaphor for the mystical—and vise versa. Both the physical universe and mystical concepts confront us with the unknown, the mysterious and the infinite, stimulating a desire for exploration and stretching our potential. Many things are more connected than we realize, and discovering such unexpected connections can be both illuminating and delightful. So this mix features koto and sax along with sequencers, trumpet, marimba and emotional guitar leads, getting slower as you go deeper.”
Thanks Paul, for another transcendental mix.
Cheers!
[ s t r e a m ]    [ d o w n l o a d ]    [ i t u n e s ]
T R A C K L I S T :
Email ThisBlogThis!Share to TwitterShare to FacebookShare to Pinterest
Posted by Low Light Mixes at 10:45 AM 0 comments