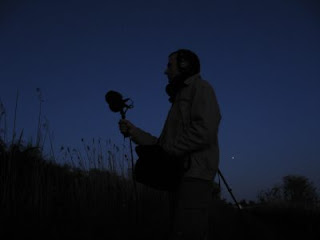 I have been interested in doing a mix of field recordings ever since I did the shortwave mix last year. I've been collecting field recordings from various sources & even bought a digital recorder so I could do my own phonography.

I haven't really had the time to seriously record anything but I did manage to squeeze a few of my own things into this new mix.

There is very little proper music in this mix. It's mostly field recordings that I downloaded from sites like Quiet American and SoundTransit. Some of the recordings are from cd's that I own. Most of the music is music that already has field recordings built into the track. I used two tracks from a great cd by Emanuele Errante called "Migrations". a few other tracks came from Geir Jenssen 's "Field Recordings From Tibet". A couple of other cuts came from "Classifields - Trips 6" on Tripostal. One of the Tripostal tracks is "A Sunday Walk" by Nim is a Tree, which I already used in the Netlabel Mix. It's such a great cut that I had to use it again. I also sneaked some loops into the mix here & there.

Some of my favorite field sounds are trains, so you'll hear various train sounds at different times in the mix. I also like empty train station reverb, so that fades in & out a couple times. The sounds range from a resonant pipe in a rain storm to foghorns to church bells to chanting to arrival anouncements to piano and an open window. I know that some field recordings may be interesting but not really listenable, not musical enough. I think this mix works pretty well & is easy to listen to.

Sorry there is no track list. It's nearly impossible to keep track of what's playing & when in this mix. Most of the time there several tracks playing at once.
It was a lot of fun putting this together and hope you enjoy the trip.
Email ThisBlogThis!Share to TwitterShare to FacebookShare to Pinterest
Posted by Low Light Mixes at 10:33 PM 4 comments 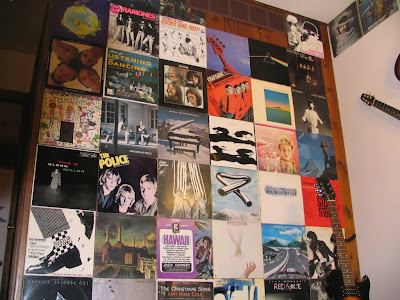 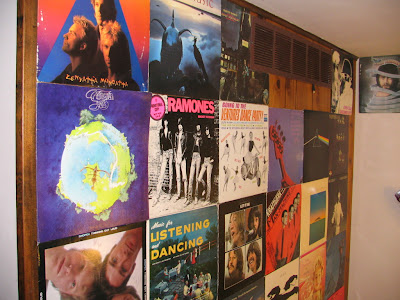 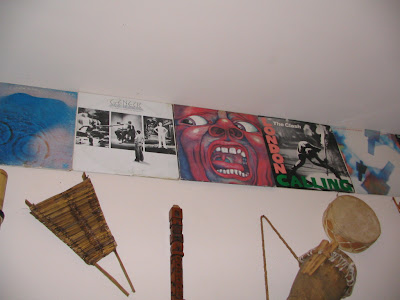 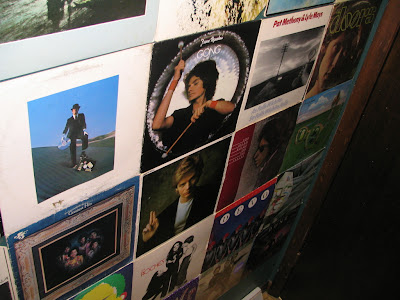 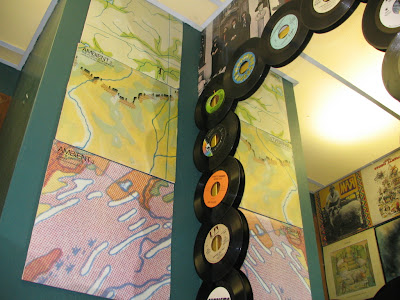 I'm not exactly sure why I decided to post these pix. I thought that Low Light listeners might get a kick out them.

These first pix are of a wall in my family room. It was ugly dark paneling that I just put up with for years. Then on a whim, I dug up what was left of my vinyl album collection and simply tacked some of them to the wall.

I know it has the decorating look of some stoner kid who lives in his parents' basement. But I don't care, they make me smile every time I look at them.

I liked how it worked so much that I then used more album covers to make a border all the way around the room.

I also did the same thing in a small bathroom right off the family room. It was tough to take a good picture in there because the room is so small. I'd need a really wide angle lens to be able to see the whole wall. I also messed around with the mirror.

These album covers really bring back a lot of memories. I like them even if it does look like some dorm room from the 70's.
Email ThisBlogThis!Share to TwitterShare to FacebookShare to Pinterest
Posted by Low Light Mixes at 8:19 PM 7 comments

Just a quick post to point people in the direction of an excellent new mix blog/podcast. Evan at Somnia : Music For The Spaces Inbetween, describes the blog this way..."Music blog and podcast for Somnia record label. Explores ambient, minimal, experimental, electro-acoustic, modern classical, minimalist classical, jazz, post jazz, avant garde, and "other" music recordings." Sounds like a good description of this blog.