snow on my piano 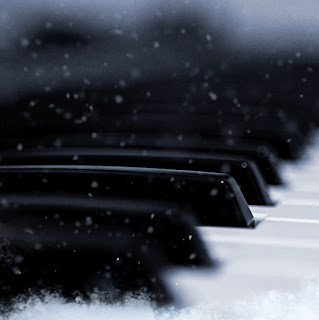 As I've said here before, solo piano is wonderfully evocative of falling snow. So this mix is a collection of piano tracks that remind me of snow.

All the tunes are new, being from 2020 or 2021. Including the opening track from a forthcoming album on Whitelabrecs, i=r by Lorenzo Masotto  https://whitelabrecs.bandcamp.com/album/i-r

There's not much else to say other than enjoy this last snow mix of the year. We still have a lot of snow on the ground but it's melting and I can sense spring just around the corner. Of course by saying that I probably just guaranteed that we'll get hit with another 12" storm by the end of month. Ugh. I think I continue to live in a cold, snowy environment just for the musical inspiration. ;-)

Email ThisBlogThis!Share to TwitterShare to FacebookShare to Pinterest
Posted by Low Light Mixes at 10:42 AM 0 comments 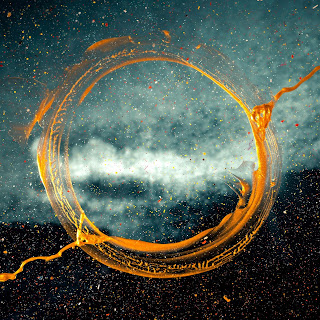 This mix is nice and straightforward - no funky locations, no focus on a single instrument - just straight up ambient. The closest thing to a theme would be that all the tracks are from 2021.
In trying to come up with a title for the mix, I looked through a list I keep of possible titles. If I hear an interesting phrase or combo of words I'll jot it down to possibly use later. In this case I came across "The Infinite Present." It seemed to fit because all the tunes are from 2021 and, even though we aren't through two whole months yet, the amount of new music can sometimes feel infinite.
Cheers!
[ s t r e a m ]    [ d o w n l o a d ]    [ i t u n e s ]
T R A C K L I S T :

Email ThisBlogThis!Share to TwitterShare to FacebookShare to Pinterest
Posted by Low Light Mixes at 9:11 AM 0 comments 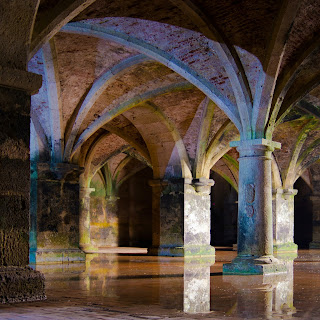 It's an album of solo flute improvisations recorded in an old water tank in Rangely, Colorado. It definitely has the same feel as Paul Horn's Inside the Great Pyramid from 1976. As I listened to it, I wondered if I could collect enough tracks to make a mix of music recorded in water tanks, silos and cisterns. Well, I guess I found enough because here's the mix - Resonant Spaces.

There were a few artists that I immediately knew I would include - Pauline Oliveros, Stuart Dempster, Paul Horn, and Jim Cole. From there I did a bit of research, got a recommendation from Sherry, and ended up with a nice collection of tracks.

My first exposure to recording on-site, in an unusual location was Paul Horn's Great Pyramid album. I had that LP in college and it helped me through many nights of studying. Well, not that many because I didn't study a whole lot.

My next exposure was 1989's Deep Listening by Oliveros, Dempster, & Panaiotis. An iconic album recorded in a huge underground cistern in northwest Washington state. The space would eventually be known as Dan Harpole Cistern. Deep Listening is one of my favorite ambient albums of all time. It owes its unique sound to the incredible space in which it was recorded.

According to the liner notes they parked their van next to the cistern and began to drop cables into the 14-foot deep cavern. They then rigged up rope and harnesses to lower chairs, accordion, sea shells, trombone, garden hoses, didgeridoos, tarps, cleaning tools and people. It was very dark, contrasted with the daylight streaming in from the hatch where they had come down. 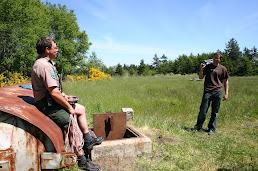 The liner notes continue - "The remarkable thing about the acoustic space is the long reverb, which could approach 45 seconds, and the lack of slap echoes and distinct early reflections that are often characteristic of large cathedrals; only pure, smooth reverb...the amplitude of which appears to begin at the sane decibel level as the source. Consequently, it is impossible to tell where the performer stops and the reverberation takes over."

1. Sherry Finzer - Transcendence - recorded at The Tank in Rangely, Colorado. 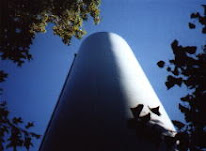 3. Stuart Dempster - Underground Overlays from the Cistern Chapel - recorded in a 2 million-gallon concrete cistern, now empty, in the Pacific Northwest known as the Dan Harpole Cistern. 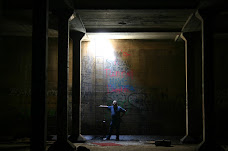 7. Bodhi - Inside - recorded inside an old military bunker. 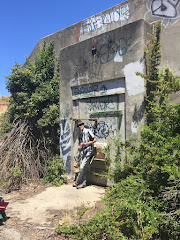 8. The User - Silophone - recorded in an abandoned grain storage facility in the port of Montréal. 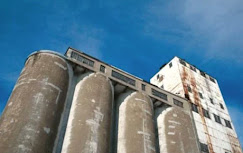 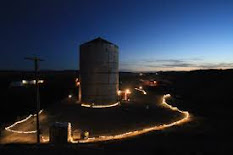 10. Bob Guido - Silophonic - recorded in Silo #5, an abandoned grain storage facility in the port of Montréal. 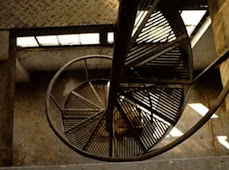 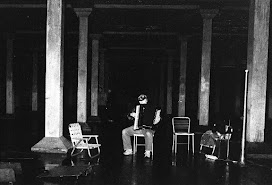 I hope you enjoy this other-worldly journey through Resonant Spaces.

Email ThisBlogThis!Share to TwitterShare to FacebookShare to Pinterest
Posted by Low Light Mixes at 8:35 AM 6 comments

Ambient Vaporwave - A mix by Innesti

I am so psyched to have another excellent guest mix. This one comes from long-time friend of the blog, Innesti - innesti.bandcamp.com

I have featured a bunch of Innesti music over the years and have hosted guest mixes from him as well. A couple of days ago I got an email asking if I was interested in another guest mix of ambient vaporwave tunes. Aww, hell yeah, I'm interested. Although I'm not quite sure what Vaporwave is. No worries, Innesti explains it for us:

Vaporwave is a niche genre of electronic music that combines the visual aesthetic of meme culture with the glitched out and stretched sounds of 1980's mall and infomercial music. It is not the kind of music that you would expect to appeal to listeners who enjoy deep ambient soundscapes. Nonetheless, buried deep within this genre are some amazing beatless and atmospheric pieces. I am drawn to these because they capture the kinds of atmospheres that I enjoy, but emerge organically within a completely different musical tradition. This mix represents a sample of some of my favorite ambient vaporwave tracks.

Email ThisBlogThis!Share to TwitterShare to FacebookShare to Pinterest
Posted by Low Light Mixes at 8:49 AM 5 comments