A Decade of Ambient 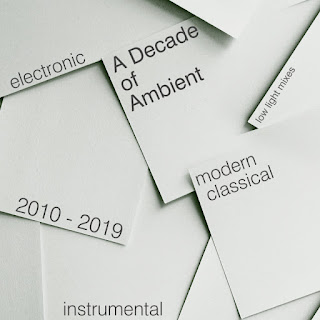 Ugh, this was difficult. I went through old end-of-the-year lists, checked Spotify playlists, looked up other folks' lists and dug up old mixes. There is just no easy way to sort through soooooo much music. But I finally ended up with something that is sort of coherent.

I decided not to call this mix Best of the Decade as I have done with mixes for years. I've realized that the "Best" label is not accurate.  I'm sure I missed a ton of albums and I feel bad leaving some out. So these are my favorites that provide a good cross-section of ambient throughout the decade.

Initially, I had harder electronic artists like Jon Hopkins & Rival Consoles on the list but I realized that I'd rather split those off into a smaller, favorite electronic album of the decade lineup. I'm not sure if I'll make a mix for the electronic favs but I'll at least post the list soon.

The first thing that you'll notice about this mix is it's looooong. This is the longest mix I've done other than Endless Ambient, which was 5 or 6 hours long. This one clocks in at about 3 hours and 19 minutes. I basically was too lazy to make 2 mixes so we'll all have to put up with this monster which is actually kind of cool having this large of a collection of great music.


Here's to the next ten years of ambient music and ambient mixes!


Email ThisBlogThis!Share to TwitterShare to FacebookShare to Pinterest
Posted by Low Light Mixes at 12:43 PM 1 comments

Film Scores of the Decade 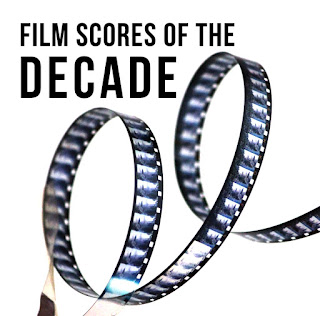 Here's another impossible task - compiling a mix of the best film scores of the decade. Like any of my other year-end mixes, this is not really a "Best" mix. It's a collection of scores that I listened to a lot and fit within my ambient aesthetic.

The tracks are laid out chronologically from when the films were released. Starting with Monsters in 2010 to Ex Machina in 2015 and finishing up with American Woman in 2019.

There are scores from four TV series included in this mix - Halt and Catch Fire, Mr. Robot, Stranger Things, and The Knick. They are some of my favorite soundtracks and definitely worth checking out.

There's not much else to say about this mix, it's pretty straight forward. I'm sure I missed a bunch of very good film scores but I think this mix holds together as a cohesive set. I hope you enjoy it!

Email ThisBlogThis!Share to TwitterShare to FacebookShare to Pinterest
Posted by Low Light Mixes at 9:44 AM 1 comments 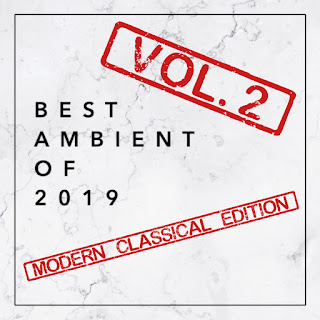 As I said in the previous post, there was so much good music this year, every year really, that I couldn't fit it all into one mix. So here is volume 2. This one focuses on modern classical/electro-acoustic music.

The first track in the mix is from William Ryan Fritch's massive album - Deceptive Cadence - Music For Film Vol I & II, easily the best release of the year. It was just one of several albums put out by Lost Tribe Sound that are all phenomenal. Anybody who likes beautiful packaging should check out their stuff. 2019 saw some gorgeous sets from LTS.

Some of my other favorite releases of 2019 came from Whitelabrecs. They had a monster year putting out a ton of excellent albums. They started the year strong with Grønland by Glåsbird and Vihne by Jens Pauly and kept going all the way to Timecuts by Luis Miehlich and Lowlands by Jack Hyde.

Here's to more good music and more mixes in 2020, that is if the presidential campaign doesn't make me drive off a cliff.

Email ThisBlogThis!Share to TwitterShare to FacebookShare to Pinterest
Posted by Low Light Mixes at 11:04 AM 0 comments 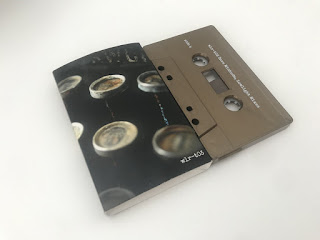 Earlier this year I did a mix featuring all music from the Whitelabrecs label out of the UK. They had an incredible year releasing album after album of great ambient music. Harry Towel, who runs the label and records as Spheruleus, liked the mix enough that he decided to release it on cassette. How cool is that?!

It's a limited run of only 50 copies and it looks like there are less than 10 left. Here's the link...

This is about as close as I will ever get to releasing an album of my own. He even used one of my own pics for the cover art. Thanks Harry! 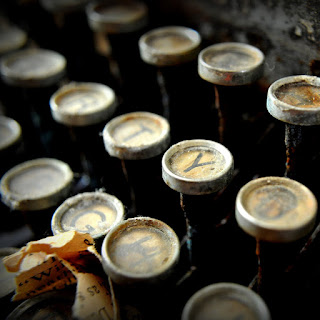 Email ThisBlogThis!Share to TwitterShare to FacebookShare to Pinterest
Posted by Low Light Mixes at 6:34 PM 0 comments 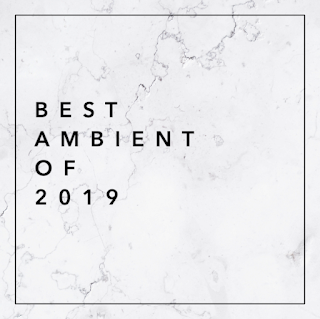 It's an impossible task to narrow down the multitude of ambient recordings released every year into a definitive "Best of" list. There's so much music out there that I'll never hear it all and what I do hear is hard to give the proper attention to. So many factors can influence a record making the list - where did a first hear it, what mood was I in, what other music did I listen to around it, did I use it in a mix, etc. Suffice it to say, this list is not definitive and is highly subjective.

I will end up making two mixes from this list - this first one is more straight forward ambient and the next one will have a more modern classical/electro-acoustic tone. I split it into two mixes so that I didn't end up with a 4-hour mix. Ain't nobody got time for that!

So here it is, my personal favs of 2019, in alphabetical order:

Email ThisBlogThis!Share to TwitterShare to FacebookShare to Pinterest
Posted by Low Light Mixes at 10:52 AM 5 comments 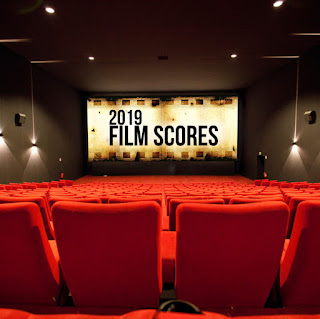 I use a fair amount of film music in my mixes and have done mixes of all soundtrack tunes but I have never made a best of the year mix for film scores. Until now.

There were no blow my mind scores, like Arrival or Solaris, this year but there was a lot of excellent music to choose from for this mix.

As an ambient guy, I lean towards more atmospheric film scores. I'm not at all interested in the soundtrack for the new Star Wars film or Avengers Endgame. So in my list of 2019 favs there are the usual suspects - Clint Mansell, Max Richter, Cliff Martinez & Johann Johannsson. Along with great music from folks like Hildur Guðnadóttir, Peter Gregson, Stuart A. Staples, Daniel Hart, and Adam Bryanbaum Wiltzie.

One of my favorite film music discoveries of the year is William Ryan Fritch. In addition to the monumental collection of film music, Deceptive Cadence: Music For Film Volume I & II, he released two more film scores in November - Artifishal & Exit 12 which I knew I had to include because they are both excellent. All three recordings are available on Lost Tribe Sound - https://losttribesound.bandcamp.com/

Sometimes I start a mix with high expectations but with this one, I was just trying to cobble together enough tracks to make a mix worth uploading. But I've been listening to this mix for a week and I'm very happy with how it turned out. It flows really well is an engaging listen.

Up next Best Film Scores of the Decade.

Email ThisBlogThis!Share to TwitterShare to FacebookShare to Pinterest
Posted by Low Light Mixes at 9:00 AM 2 comments