nothing from something - an ambient video

This is a a first for Low Light Mixes…an ambient video. Most ambient videos are fairly boring and this one most definitely is as well. It’s more of an experiment than entertainment.

The volume is fairly low so you may need to crank it up a bit.

Several years ago I made a short ambient video from shots of dust floating in a beam of sunlight in a dark room. I made the video black & white & slo mo, so that it looked at times like stars. It was very cool, most viewers had no idea they were looking at shots of dust.

I’ve always wanted to repeat that experiment and this is the result. I could have gone out shot tons of video and sorted through it looking for interesting shots. I could have planned out shoots & locations & themes. But that would require time & effort, so instead I kept it simple. It can be interesting, creatively, to limit your choices. Like an ambient musician limiting the sound source to only guitar or only using acoustic instruments.

As in the dust video, the source is one location, all shots of basically the same thing. I shot with my son’s camcorder in about an hour one afternoon. I then edited at at work using an Avid Newscutter editing system. The contrast, brightness & saturation have been changed on every clip and fx have been added in few cases. The finished product is interesting, to me anyway. I’m not sure how many other people will find it so.

It was fun to start with a limited number of clips, all of essentially the same thing & try to make something out of it. Although, I was actually trying to make nothing from something - take what would have been recognizable video & turn it into a psychedelic, ambient experiment, where the original source is obscured & unimportant.

The music is from two Infraction Records artists, Adam Pacione & Northern. I hope you find it interesting at some level.

Email ThisBlogThis!Share to TwitterShare to FacebookShare to Pinterest
Posted by Low Light Mixes at 11:37 AM 1 comments 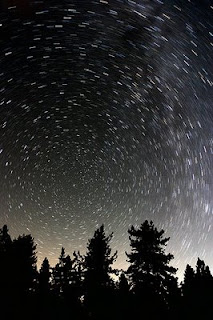 This is a mix from our annual trip to the Wisconsin Northwoods. As the title suggests it's a mix for stargazing.

I limited myself to fairly new music, stuff I have been listening to a lot lately. I knew I wanted to include new music from Area C - Sea of Rains. It was commissioned by the NASA RI Space Grant Consortium and the Museum of Natural History in Providence, RI as an original score for their "Mission Moon: past, present, future" exhibit at the Museum of Natural History. It has some Nasa recordings mixed in with the music so it was natural for this mix.

After that the other tracks are just tunes that are kind of new, sound a bit spacey, and flow well together.

Email ThisBlogThis!Share to TwitterShare to FacebookShare to Pinterest
Posted by Low Light Mixes at 4:12 PM 2 comments