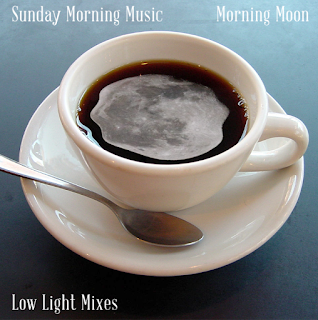 Here's the latest Sunday Morning Music installment. The mix starts with cuts from two of my fav albums of 2015 by Aero Flynn & Sufjan Stevens.

Aero Flynn is fronted by Josh Scott, a product of the same Eau Claire, Wisconsin music scene that gave us Justin Vernon(Bon Iver).  Scott was in a band called Amateur Love that shared a couple of members with a band that Vernon was in, DeYarmond Edison.  According to Chris Porterfield, who was in DeYarmond & would later form Field Report, Josh Scott was the most talented guy in that scene.

Just as Amateur Love was about to break Josh Scott got spooked and broke up the band and fled to Chicago.  Since then he has flirted with comebacks but mental and physical illness always got in the way.

Now he is back with a fantastic new album released this past spring.  The record was recorded in Justin Vernon's Eau Claire studio and was produced by Vernon.  The sound is very different from Amateur Love, more electronics involved, the vocals more ethereal.  The best way to describe the music is a cross between Radiohead & Bon Iver.

The Amateur Love album was re-released in 2012 by Vernon.  He started his own record company just so he could release that album.  And it's a wonderful recording, so full of promise.  I wish there had been more.

Here are some links related to the Aero Flynn story...

Listen to all 9 Aero Flynn tracks

The other track that opens this mix is from Sufjan Stevens & his amazing new album, Carrie & Lowell.  The entire album is about dealing with the death of his mother.  Yes, some of the tunes are sad but all of them are beautiful, each in it's own way.

I saw him perform the entire album live back in April & it was easily one of the best shows I've ever seen.  A friend described it as transcendent.

After those opening cuts it's all downhill. Haha.  Actually there is much more good music in the rest of the mix.  Most of it is new & it fits with the laid back Sunday morning feel of past mixes.

Email ThisBlogThis!Share to TwitterShare to FacebookShare to Pinterest
Posted by Low Light Mixes at 3:26 PM 0 comments 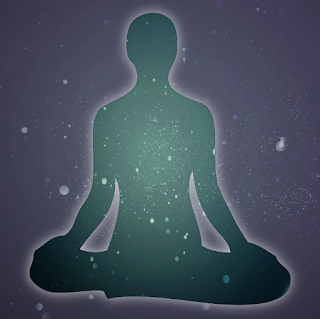 I have a confession to make.  Back in the 80s & early 90s I used to listen to a lot of New Age music.  Stuff like Enya, Andreas Vollenweider, anything on Windham Hill, etc.  Even though much of the general public thinks of ambient music as new age music, real ambient fans know the difference.  It can be difficult to articulate that difference.  I use a "I know it when I hear it" approach.  I guess I'm still wary of the new age label so that's why I called the mix "Music for Meditation."

Even though I moved away from new age music long ago, I still have a soft spot for certain sounds that can be considered new age staples.  Two of my favs are Tibetan singing bowls & the Fender Rhodes keyboard.  Actually anything with a bell-like sonic signature usually gets me.

Last year I came across the re-release of an album called "Gymnosphere, Song of the Rose" by Jordan De La Sierra.  It was recorded in 1977.  It has been called a long lost new age masterpiece.  I guess it is sort of new age-ish, although I think it has more in common with Brian Eno, Terry Riley & Steve Reich than Yanni or Steven Halpern.  It's a fine album and it got me thinking about new age music and the parts that I still enjoy.  Find out more here...

Once I decided to do this mix I knew for sure that Steven Halpern would make the final cut.  I remember buying a cassette of his album "Spectrum Suite" from a shop in Madison, WI that had floatation tanks.  I booked a half hour in one of the tanks and played that music while I floated around, literally & figuratively.

The Harold Budd track that follows Halpern, I have always thought sounded very new agey.  But I have always loved it.  I like that the mix has both old and new cuts in it.  I think it does a good job giving off a meditation vibe without being too sickly sweet.  Good for meditation or sleeping.