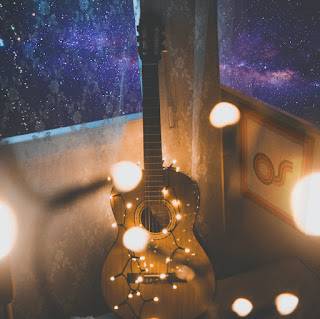 After the craziness of the last mix it's nice to slow down. And what better way to slow down than with a guest mix from James over at The Slow Music Movement. They have a wonderful new album called "Future Folk: Friendly Faces; Different Spaces."

After I heard it I asked James to do a guest mix featuring some tracks from that album along with other cuts that fit the vibe. The result is a unique journey through folk-influenced ambient and ambient-influenced folk.

While this mix only has three tracks from the new album they share a similar vibe and outlook. Here's what James has to say about his new compilation:

"This compilation came about with my increasing interest in folk music after years of focusing on the 25 year old golden age of musical fusion that is still playing out. Having ridden the industry waves and ripples since the MP3 & digital stones were rudely thrown into the music pond, I am constantly fascinated by 20th century holdouts looking back wistfully to the good old, bad old days of smoky venues, hounding newsagents for music magazines, easily damaged vinyl, ancient instruments, terrible sounding tapes, label dependency, photocopied fanzines and stamp licking.
So I contacted a few of the artists that had lit my folk flame to see what they had to say? Artists that know their roots, but who are keeping their eyes on the road ahead and the world of possibility they now enjoy. Shortly after, from home studios in spare rooms and internet enabled remote collaborations, wildly processed instruments from hazy late night jam sessions, digitally mutated acapellas and 13th century songs covered in an age that the long dead and sadly forgotten writer could never have imagined, started to drift into my inbox.
Is an evolutionary leap the key to folk’s survival? Time, the whims of the coronavirus gods, the folk community’s response to today’s existential stresses, adaptation to changing media consumption habits, marketing decisions and ultimately, people’s decisions on what style of music suits them best, will decide."

Interesting side note - James made this mix as a one take live recording. Nice!

Here are some important links:

Email ThisBlogThis!Share to TwitterShare to FacebookShare to Pinterest
Posted by Low Light Mixes at 9:43 AM 0 comments 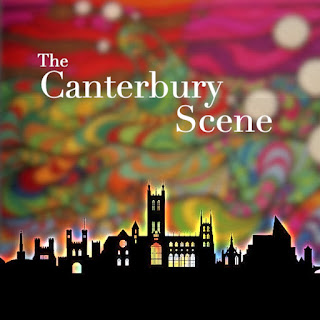 And now for something completely different. This mix is a collection of instrumental tunes from the progressive rock sub-genre known as The Canterbury Scene.

The Canterbury scene (or Canterbury sound) was a musical scene centered around the city of Canterbury, Kent, England during the late 1960s and early 1970s. Associated with progressive rock, the term describes a loosely-defined, improvisational style that blended elements of jazz, rock, and psychedelia. The Canterbury scene is largely defined by a set of musicians and bands with intertwined members. "The real essence of 'Canterbury Sound' is the tension between complicated harmonies, extended improvisations, and the sincere desire to write catchy pop songs."  "In the very best Canterbury music...the musically silly and the musically serious are juxtaposed in an amusing and endearing way."

I am not a fan of Canterbury tunes that have vocals, which eliminates a lot of stuff by Caravan and some Soft Machine. So that's why this mix sticks with instrumental tracks. Listening to this set it's easy to hear the similarities between the bands.

I discovered the Canterbury Scene when I was in college, listening to Bill Bruford(drummer for Yes & King Crimson) solo material. His keyboardist was Dave Stewart who played with Egg, Hatfield & The North, and National Health. I loved Bruford's solo stuff, especially "One of a Kind" so that lead me to listen to anything that Stewart was involved in. This mix opens and closes with two tracks featuring Dave Stewart and two of my favorites in the genre.

I hope you enjoy this little diversion from the usual ambient mixes. It sure was fun digging up all these 1970s classics.

Email ThisBlogThis!Share to TwitterShare to FacebookShare to Pinterest
Posted by Low Light Mixes at 11:41 AM 1 comments 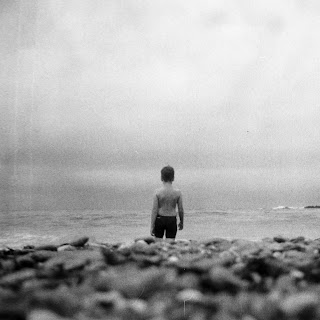 It's funny how mixes come together sometimes. I started this one only knowing I wanted it to be pretty straightforward ambient. The easiest thing to do was to start with some new music from the last month or two. As I laid down a few tracks I started to get this feeling of the sea, of drifting on the water, of a quiet harbor. So I went with it.

Before long I had an entire mix of new music that hung together with this beautiful ebb & flow. The theme came about organically. The tracks themselves dictated what the mood would be. I've done other sea themed mixes over the years and this one could be the most subtle. I didn't add any field recordings - any wave sounds were already in a track. It's more about feel and vibe than sound fx.

All the cuts are from 2021 except for Bursts of Static by Olga Wojciechowska. I heard that on the BBC the morning after finishing the mix and knew immediately that I had to include it.

This mix might work well as soundtrack for a rainy spring day or for a nap in hammock as you dream of drifting out on the tide.

Email ThisBlogThis!Share to TwitterShare to FacebookShare to Pinterest
Posted by Low Light Mixes at 10:41 AM 0 comments

Back in January Paul emailed me about an album called "Bardo Tank" by Ron Miles playing trumpet in The Tank in Colorado. That email started me off in search of tunes for what became my "Resonant Spaces" mix. Paul went a different direction and sought out tracks for an ambient trumpet mix.

The result is a great collection of tunes that span different styles and old to new, while still maintaining an ambient atmosphere. Here's what Paul says about this mix:

“No musical instrument, at least in the Western world, conveys anguish and melancholy as effectively as the trumpet. One can trace a direct line from Miles Davis’s tender and gut-wrenching solos to the jazz-colored ambience of ECM Records. The signature sound of this European label is both intimate and austere, as reflected in the lonely landscapes of their album covers. There’s a delicate grandeur in the tunes I’ve gathered here. Or sometimes, just the sound of solitude.

For me, the overall effect was surprisingly similar to the tranquil, meditative state evoked by the bell-tone mix I did last December.”

Thanks Paul, for another superb set.

Email ThisBlogThis!Share to TwitterShare to FacebookShare to Pinterest
Posted by Low Light Mixes at 7:48 AM 4 comments