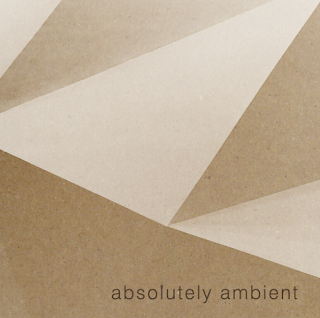 Between work and Thanksgiving I didn't have time to put together a new mix this week. But then I remembered I had another in the "simply ambient" series waiting in the wings. So here it is - "absolutely ambient."

Like the the others in this series there is no overall theme other than a nice collection of excellent ambient music. With so much new music being released every week it's difficult to keep up and difficult to get it all into mixes. This series allows me to get some of that new music out there.

Links to all the albums used in this mix in the order that they appear:

Links to some of the excellent record labels this music was released on:
I can't believe we are almost to December and I haven't even thought about year-end lists or mixes. Hopefully over the next few weeks I can sort through all the music I've collected, knowing it barely scratches the surface of everything that is out there.

Email ThisBlogThis!Share to TwitterShare to FacebookShare to Pinterest
Posted by Low Light Mixes at 9:51 AM 1 comments 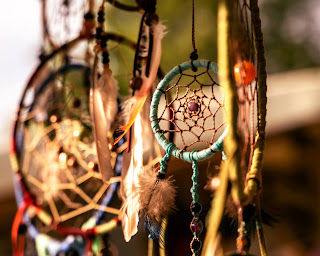 I kind of overdosed on Native American flute music back in my new age days in the late 80s and 90s. So I don't listen to this style very often. But Paul has pulled me back in with his excellent collection of tracks.

It starts off with new music from Sherry Finzer so I'm in automatically. From there Paul uses a variety of artists and styles to carry us through the hour-long mix. Here's what Paul says about this mix:

“The Native American flute is one of those instruments that instantly has cultural associations. Intertwined with and beyond that, its wistful, haunting tone is a sound that evokes gratitude and reverence. It is with those qualities in mind that I selected tracks for this mix.”

Thanks again Paul for another beautifully curated set.

Links to all the albums used in this mix in the order that they appear: 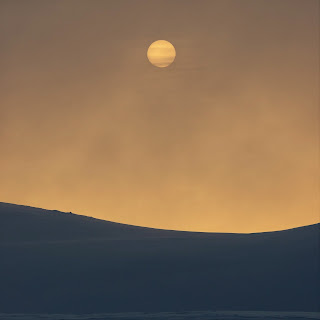 Anyone who regularly follows this blog and my mixes knows that I am a science fiction dork. So it should come as no surprise that I saw Dune on opening weekend. I loved the film and have been thinking about an alternative soundtrack mix ever since.
There's not much to say other than this mix is a collection of tracks that remind me of the film. Most of the tracks are fairly new but a few older ones sneak in there, such as the one from Robert Rich & Lustmord, which goes back to 1995. The opening cut is the newest as it was written and produced by my son, who records as Just A Human, a couple of days after seeing the film.

If you see the film, see it in a theater. It's big and loud and really needs to be seen on a big screen.

Email ThisBlogThis!Share to TwitterShare to FacebookShare to Pinterest
Posted by Low Light Mixes at 9:34 AM 2 comments 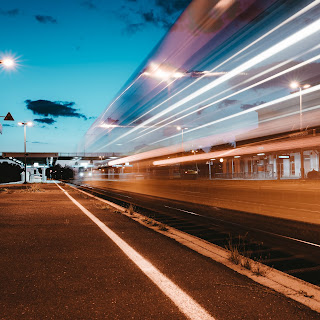 I have done several train mixes over the years. They basically come about because I hear a tune and think - Hey, that would be great in a train mix. So it was with this one. I heard the track "A.O.E." by Portico Quartet and I knew immediately that I need to build a mix around it.

This mix differs from most of my other train mixes(except one) because it's mostly a jazz influenced mix. Berlin-school sequencers have been replaced by a drum kit and synth washes are now horns. I folded in some recordings of trains and subways but I didn't want to over do it so I kept it to 3 spots in the mix.

Links to all the albums used in order of how they appear in this mix:

The mix has some good energy and I could see it being a great companion for bike riding.

Email ThisBlogThis!Share to TwitterShare to FacebookShare to Pinterest
Posted by Low Light Mixes at 10:58 AM 0 comments