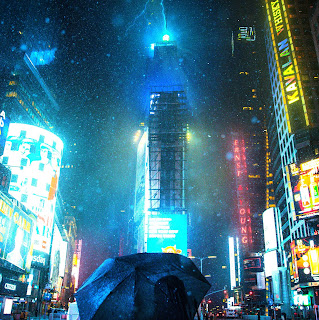 What if the original Blade Runner film had a pop music soundtrack? You know how some films have an instrumental score but also an album of pop/rock tunes that were used in the film or inspired by the film. If Blade Runner had such a collection maybe it would sound like this mix.

This all started when I was listening to Pink Floyd - Shine On You Crazy Diamond part 1 and I thought that it sounded like it would sort of fit with the Blade Runner score we are all so familiar with. That got me thinking about the question posed at the top of this post. As I started collecting tracks the first place I went was Gary Numan & Tubeway Army - Replicas. How could I not use a song called "Replicas"? Likewise from the same album, how could resist the track "Are Friends Electric?"

I got some great recommendations from Mixcloud listeners in this thread - https://www.mixcloud.com/lowlight/posts/pop-tunes-for-blade-runner/   Tracks from Public Image Ltd., John Foxx, Quieter Than Spiders and New Order came right from those suggestions. There were also some great ideas in that thread which will work perfectly in a Blade Runner alternative score mix. I'm hyped to do that mix but I should probably wait a bit after this BR mix.

This was a lot of fun to put together. I hope you enjoy it.

Email ThisBlogThis!Share to TwitterShare to FacebookShare to Pinterest
Posted by Low Light Mixes at 9:31 AM 9 comments 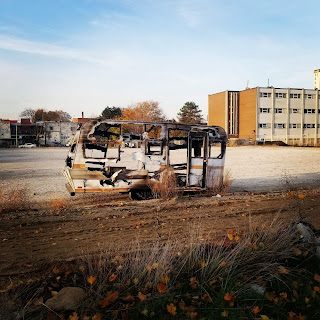 This year I've had the good fortune of posting several cool guest mixes and that continues with this excellent collection from Brad Deschamps of Polar Seas Recordings.

It's not a mix of all Polar Seas releases, in fact only the opening and closing tracks are from the label. But it is perfect timing for a mix from Brad because Polar Seas is releasing three excellent new albums on Friday March 19th.

I love getting guest mixes because there is always great music in them that I have never heard. And that's the case with this one. I think I was familiar with 4 of the 9 artists in the set. So thanks to Brad for exposing me to even more good ambient music. But even more important thanks to Brad for running the great ambient record label - Polar Seas Recordings.

Email ThisBlogThis!Share to TwitterShare to FacebookShare to Pinterest
Posted by Low Light Mixes at 8:45 AM 2 comments